Mom walks 30 miles with 4 children before receiving a car August 28, 2020 – Treasure Coast resident, church and nonprofit Wheels From the Heart connect over the airwaves to donate a car to a single Mom

Jensen Beach, Fla. –  Azizi, a single mother of four children, knows the power of a good conversation and prayer. Juggling jobs, school and activities for her kids, ages 6, 8, 11, and 2, without reliable transportation, found her challenged with managing schedules and safety. That was then, but now, thanks to Jensen Beach-based charity Wheels From the Heart, event partner The Grace Place Church, and a generous radio fan who heard ‘the call,’ Azizi is the owner of a donated, refurbished car.

“It’s just a blessing,” said Azizi, who lives in Stuart.

The same week she was awarded the vehicle, while walking with her 2-year-old to pick up her children from school — it poured rain.

“We were completely soaked, head to toe,” said Azizi. “Everything was wet, and I stopped and changed the baby’s clothes at a local store along the way… A lot of stress has been taken off of me, I am so thankful.”

Palm City resident Mona Sturgis was searching for a way to give away her 2004 Honda Odyssey Van. “I had been in touch with another charity, and we just didn’t connect,” said Sturgis, adding that she’d had distractions and delays with ‘phone tag, that did not help. “I prayed about it.”

What Sturgis didn’t know was that her answer was already in the works and that many others were praying about it to – just from another stance. Neighboring congregation, The Grace Place Church, already partnered up with Wheels From the Heart, a Jensen-Beach-based charity that awards refurbished vehicles to single Moms – and advocated that Azizi, would be the next recipient awarded a car.

Visitors to The Grace Place Church would often see Azizi walking nearby with her children in record-heat and undesirable weather conditions. When Steve Muschlitz, Founder of Wheels From the Heart told its Pastor, Rick Addison about the work of his charity, Addison offered to partner with him to help spread the word about its mission, dedication, need for support.

At the same time, WCNO 89.9 FM, broadcasting its contemporary Christian Radio format out of Palm City, was talking about Wheels From the Heart too. Its General Manager, Jonathan McClain, has been talking it up the charity on the airwaves ever since first learning about its supportive mission. Interviews, on-air with Muschlitz, showcased stories of single moms helped in the past, and his commitment to doing more. Call after call, listeners responded with heartfelt messages and offers to help

Sturgis was listening to one of the broadcasts. “I usually would be listening to my favorite radio station on the way to work, but these days I work from home,” she said.

That day, she couldn’t tune that station in and began, ‘channel-surfing.’

“I was just playing with the dial, trying to get any station to tune in and heard the station asking for support for Wheels From the Heart,” she said. “And I knew…That car was supposed to go to someone else!”

The car was officially handed over to Azizi, in a recent live broadcast on partnering station WCNO in studio with Muschlitz, McClain, Pastor Addison. Said Azizi, “It was so exciting!”

That afternoon, she took the wheel for the first time, and headed to school to pick up her kids.

Said Azizi, “When they saw me drive up, they were excited and in disbelief. They kept hopping in and out of the car and asking questions. I said, ‘Kids, guess what?’ It’s ours!”

Now empowered for her family, Azizi said it feels like a long way from the days she felt ‘embarrassed’ when she would pick up her kids from school in a taxi.

“I do think it’s okay to take a helping hand, but don’t let that stop there,” said Azizi. “Do something with it until you can help others.” 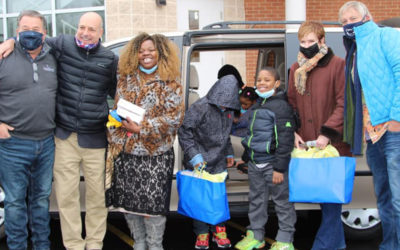 "Happy International Women's Day! Last week, we were thrilled to partner with Wheels From the Heart and Harrisburg...

END_OF_DOCUMENT_TOKEN_TO_BE_REPLACED 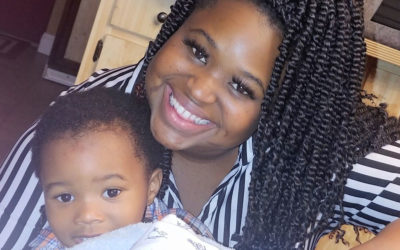 “Thank you so much Wheels from the heart for my new ride. And thank you to family and friends who have supported me...

END_OF_DOCUMENT_TOKEN_TO_BE_REPLACED

“Hey Steve, I just wanted to let you know I just got married . I also wanted you to know what a huge difference you...

END_OF_DOCUMENT_TOKEN_TO_BE_REPLACED

Know someone in need?

Apply or Nominate a Mom

You can apply for a car or nominate a mom by using the contact form. We partner with organizations who may come across moms that are in dire need of transportation and fit our vetting requirements. Since 2014 we have given 109 cars to single moms!

We would love to help all women on the path to mobility, however, we are currently only working in collaboration with our local charities for our nominated car recipients. Contact a charity listed on this page so they can vet the details and sponsor a mom to be considered for a car donation.

A significant challenge faced by single-mothers-in-need and their children is transportation. Wheels From The Heart addresses this by finding reliable vehicles for hard working single moms and helping them drive to a better life.